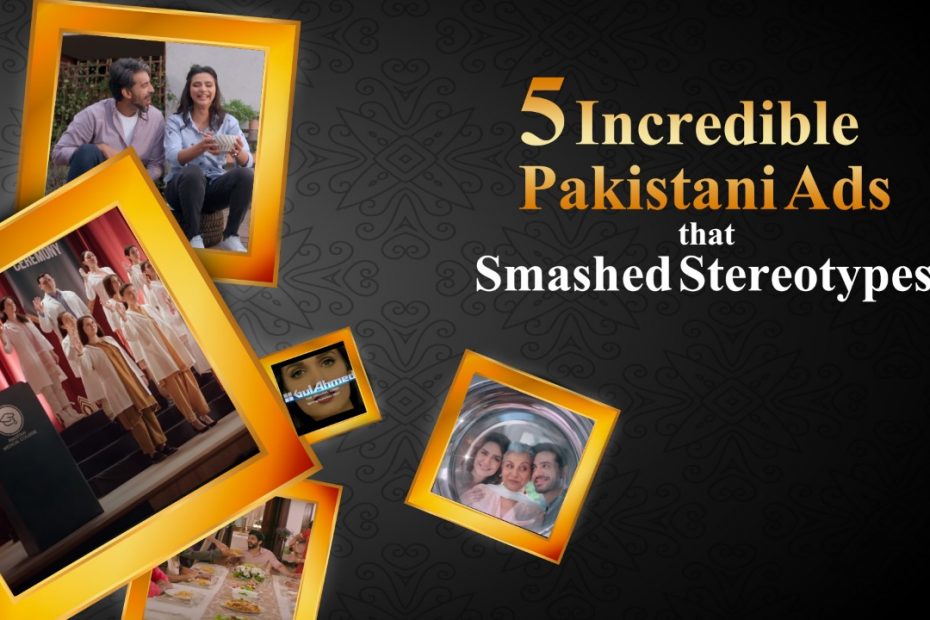 In a stereotypical society like Pakistan, issues like gender inequality, patriarchal approach, and mindset used to be rarely discussed or looked upon. However, over the decades, a great difference has been observed in the thinking patterns of society. And, the credit goes to the entertainment industry to a great extent. The entertainment industry plays a vital role in challenging those conventional standards set by society.

The changing dynamics of our advertisement industry have given birth to numerous exceptional ads that challenge the present stereotypes in our society. The top 5 among them are;

This is a beautiful ad that highlights the most rarely discussed stereotype where women are not encouraged to continue their professions after getting married. Being a mother and taking care of her home and in-laws becomes her primary purpose in life. This ad is a story about a doctor mother who takes an oath to fulfill the promise that she has taken towards the sacred profession.

This ad tells us that 77% of the women are restricted to pursue their practice after getting a doctor’s degree which is a great loss to the nation.

Another surprising part of the ads is the relationship between a mother-in-law and a doctor-in-law. In our society, this relationship is considered to be the most toxic relationship. However, Shan Foods instills the message in the minds of the viewers by showing that the mother-in-law is also present in the oath-taking ceremony of her daughter-in-law and encourages her to do so by taking care of the child for her.

Gender roles, in our society, are predefined. For instance, males have to do outdoor chores while females are confined to “stay at home” chores. Hardcore tasks are for males as females are considered fragile enough to fulfill such tasks. Shoop Noodles, with its Trust Toh Must Hai Ad campaign, is smashing the stereotypical mindset of society by reversing the roles. In this ad, a male can be seen adjusting the tire of a car. When he fails to do so, a girl shows up and gives him a helping hand. To which, the boy reacts with utmost surprise that a girl is doing the mechanical work that is supposed to be only done by males.

Lemon Max is also famous for making stereotype-breaking ads by showing male characters in female-centric product ads. This fun-loving dishwasher soap ad shows a wife working in the kitchen with her husband helping her do the dishes. Meanwhile, the mother-in-law comes and also encourages them and does not create a fuss. In a society where husbands are frowned upon to help their wives in the kitchen, making such ads creates a huge difference.

Shan Foods, One Biryani, One Family:

We have this culture where women are supposed to win the hearts of their in-laws by making tasty dishes. This shifts the roles and shows a male character trying to impress his in-laws by making delicious Biryani for them.

This ad contains a powerful message that men can also be chefs or best at making delicious foods and only women are not bound to do so. This ad also challenged the characteristics of being strong, unexpressive, and athletic associated with the male members of the society by showing the opposite.

We have unrealistic beauty standards instilled in our mindsets. Being slim, fair,  spotless, sleek nose, big eyes, and silky or straight hair are some of the beauty standards that girls thrive to achieve all their lives. This ad campaign encourages the girls to accept their imperfections and considers themselves perfect even with their curly hair, body weight, brown skin tone, moles, or slanted nose. The idea is to make the girls confident about their features and drag them out of the unrealistic beauty standards.

Earlier our ads used to endorse stereotypes but, now, they are transitioning from the ones that reinforced stereotypes to the ones that break them. With such ads, our advertisement industry can bring a massive change in the conservative thinking patterns of Pakistani Society.