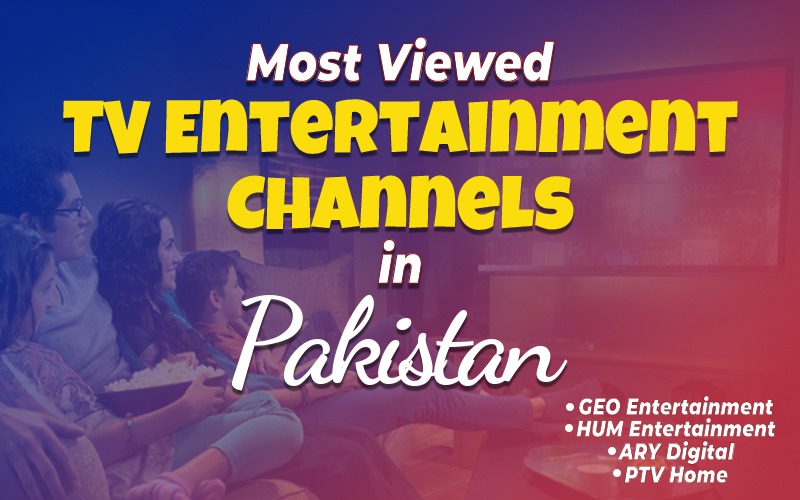 The content of these channels includes powerful dramas with mind-blowing scripts and performances, engaging morning shows, telefilms, and other Award ceremonies.

The channels which produce the most entertaining and engaging dramas and are viewed by a great majority are as follows;

Among the private channels, Geo is considered to be one of the trending entertainment channels in Pakistan. Launched in 2002, Geo is owned by the renowned Jang Media Group and has a wide range of channels under its umbrella. Geo News has not only dominated the rating charts with its wonderful dramas on television but is also winning the social platforms like youtube with millions of views on each episode.

Current trending dramas of Geo Entertainment are Inaam-e-Muhabbat and Chauraha.

Current trending dramas of Hum are Sang-e-mah and Badshah Begum.

ARY stands top among the most viewed entertainment channels of Pakistan. Other than producing quality dramas, its game show named “Jeeto Pakistan” hosted by Fahad Mustafa is a big reason for making ARY peoples’ favorite over the years. Moreover, it has produced Pakistan’s most popular and viewed comedy-drama “Bulbulay” which has gained international recognition. The current trending dramas airing on ARY digital includes Mere Humsafar, Fraud, Habs, Kesi Teri Khudgarzi, and many more.

Despite the robust growth of private channels, state-run PTV is still considered to be one of the strongest TV channels in Pakistan. This channel plays nationwide even in those rural areas where cable has not reached so far. The advertisement placed on PTV has a wider reach to almost every corner of the country. PTV regained its strength when it started broadcasting Turkish-based series “Ertugrul” in Urdu dubbing. This showed a miraculous increase in the numbers and helped PTV hook 133-138 million people to it.