Pakistan emerged as an independent sovereign state on the 14th of August 1947 and is the sixth-most populous country in the world having a population size of 164 million in 2008-09. Pakistan symbolizes “the land of pure”, the rich Indus valley civilization, the historical excavations of Taxila, Harapa, Mohenjo- Daro speaks volume about the rich cultural heritage.  Pakistan is an emblem of diversity with respect to its diverse culture, climate, languages and geographical terrain. Pakistan’s economy experienced stability in 2009 after a chaotic 2008 as major performance indicators stabilized. Pakistan’s significant role and support in the war against terror had adversely affected the economy in 2008. Non 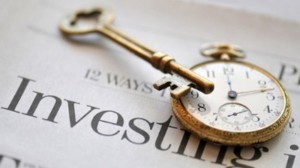 etheless, in 2009 the local bourses bore witness to the return of foreign investors driven by an improvement in risk perception, structural reforms implemented under the domain of the IMF regime, easing monetary environment and progress to democratic evolution.  Agriculture is the backbone of the country’s economy with a network of canals irrigating a major part of its cultivated land; Pakistan is home
to the 10th largest labor force in the world. Investment opportunities are available in Agriculture sector, fertile agricultural land is on hand in public and private sector in all four provinces for corporate farming. Wide tracts of waste land are available for conversion into fertile land by using modern technology equipment and further it can be developed for growth of agriculture. Investor confidence and participation in the stock exchange is a positive trend for the future. Demand for generic FMCGs has been growing, and it is widely believed that there is pent- up demand for recognized brand names as well. Due to rapid growth in demand in engineering sector in home appliances sector has reached a level where manufacturing components has become viable for the 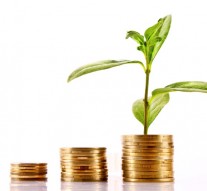 country.  The real estate industry plays a big role in activating a lot of other industries and creating jobs in an economy that has suffered immensely. With real estate gurus like Malik Riaz and the Bahria Town projects, the real estate market has seen a totally different scenario. Opportunities are available for the establishment of industry to produce instruments from plastics and other synthetic materials. Due to increased energy crisis affecting both industry and household consumption, fair opportunities are available in energy sector for foreign investors and local corporate to cope with the increasing electricity demand. Advertising Agencies in Pakistan

Pakistan is home to many precious gemstones and some of the world’s most valuable emeralds. With US investment in this sector, technology transfer would improve mining efficiency and craftsmanship, refining and cutting of gemstones and provide new opportunities for the investors. Entertainment industry in any of its kind; advertising agencies, music, cinema, television, radio, theatre it has financial potential as well as social implications to grow.